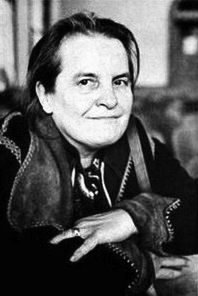 Modern, as opposed to ancient (though it finds its inspiration there), theory of virtue can be difficult to first understand because it is essentially negative in character. It knows what it is against, rather than what it is for. This is entirely the case in Anscombe’s paper ‘Modern Moral Philosophy’, which is said to have initiated its revival. For the paper, as the title suggests, is an attack on moral philosophy as such and not the introduction of another new theory. Anscombe alludes to the possibility of another way of speaking about ethics against its modern version, but does so by saying that we haven’t got the resources to even understand what that might be beyond the history of philosophy. We know what Plato and Aristotle said, and what it meant to them, but that does not mean that we can apply it to the way we live today, no more so than we could suddenly start believing in their gods.

Beyond the rather idiosyncratic and convoluted style, Anscombe’s argument is genealogical (though as far as I know she does not refer to Nietzsche). Modern moral theory, in both its forms, deontological and consequentialism, is Christian without Christianity; that is to say, they take the form of Christianity without its content, because of the secular age in which we live. Christian because they because for something to be morally right, in the sense of absolute, require a divine external legislation. It is easier to know what is ‘right’ and ‘wrong’ in itself if there is external guarantee for it (the gods require human sacrifice), then when one is opposite, yet both deontology and consequentialism act as though they do operate in such a black and white world, and we could know in advance, when facing a decision, what was morally right (even if what was morally right contradicted what we thought was just, like the murder of innocents, which she says is what any kind of consequentialism is committed to).

If Anscombe only alludes to what a neo-Aristotelianism might be, then we are going to have to look elsewhere for it. At its heart, and this is there even in Anscombe’s essay, if one looks hard enough for it, is that what we should concentrate on are not actions (whether in terms of intentions or consequences), but the character of someone who performs these actions and whether they are virtuous or not. Unless we are going to go around in circles, then these virtues must be grounded in something (otherwise a virtuous person is simply someone who act virtuously), and those are the practices we claim lead to the best life. The difficulties come as to how define what such a life might be. Plato and Aristotle have a good idea what a virtuous life was, but we might not be so sure, and Anscombe certainly didn’t think we could define it.

Julia Annas has more ambition in this regard, in her book Intelligent Virtue, and does think we can define what a good human life might be, without aping Aristotle and Plato (even though she herself is a scholar of ancient philosophy), and thus gives some basis to our virtues, and why we should choose them over our vices. Her argument is that we should think of virtue as skill, like music or sport. It is something that we get good at through habit and repetition. This is the opposite of mindless repetition, however, as anyone who knows who has played an instrument or learnt a sport, since both activities require a lot of our attention. Since they do require time to develop then we have to have the desire to do well at them, since some days the last thing we would wish to do is practice scales or run around the track. It is because they require our attention and our time that skills like music or sport are activities that we can give an account of. I can explain to you why I am learning the classical guitar, and you could explain to me why want to become good a playing tennis.

These activities matter because they come from an embedded context. It would be strange to pay attention to them and to speak about them with others if they were not part of the culture in which I was born and live. Only a given cultural context explains what it is to be virtuous. I don’t just repeat a rule because people say I should do. Rather I inhabit it myself and become better at through repetition and experience. Part of that repetition means paying attention to what I am doing, which includes thinking about the reasons why I do something the way I do it, and whether there are better ways of doing it. All this requires reflection as well as acting (Aristotle would have called this kind of reflection phronesis).

Virtue theory cannot be a theory of right action, but no more so than a music teacher can tell you in every instance how to interpret a note, or coach precisely how you should strike a ball. What they can offer you is guidance, but this is not the same a manual that would always tell you what the right thing is to in every situation. Virtue is developmental. I don’t become virtuous in one step but through experience. Virtues might be what I am taught by my culture, but I have to actively inhabit them through self-understanding. I might have been taught generosity by my parents, but I become generous through acting generously and coming to understanding what it means to be generous.

To say something is right, which is one aspect Anscombe is getting at, is know that it is so before one has acted. If such an action has the right kind of feature (like red things have the property ‘red’), then we would know that it would always be moral, but there are circumstances and exceptions where the rule would not apply in the way I thought it could.[1] What is just and unjust and what counts as exceptions, and what is without exception, are all embedded within a social context since there is no exterior law we could possible refer to say an action was morally right or not.

Why should I be virtuous? A person’s virtues relate to their overall character. To live virtuously means to live one’s life as a whole. It is to answer the question ‘this is what it means to live a life’. Embodying the virtues are therefore the fundamental telos of one’s life. They tell you what that person wishes to be seen as. In this sense, the virtues are different from practical skills. A skill is linked to an object or a part of oneself (I wish to be a better guitar player or a better runner), but being virtuous is about how one wishes to be a person, and how one is seen by others. We can say of someone that they have lived a ‘good life’. Goodness here is life considered as a whole. We can see that such a life has a positive direction. It embodies these kinds of virtues and it puts these virtues into practice. And we can compare that with a life that didn’t or doesn’t do that. A life without goals, direction or purpose. We might say that the first life was well lived and the second not. Have we not obtained a criterion for flourishing or happiness?

Virtue, then, would be a way of being with oneself and others. Happiness is not about the circumstances of your life (I am rich, healthy and famous), but how you live your life. Happiness has nothing at all do with pleasure, desire, or a positive outlook, but the consideration of one’s life as a whole. What our virtues are is something that is handed down to us (you should be honest, brave, caring and so on), but how we live them is something that each of us have to achieve. Being a self is a drama and not a property. It is possible not to be oneself and to lose oneself. To have no direction, goal or purpose and to simply be at the mercy of one’s fleeting desires. Or one’s virtues can give direction and purpose to one’s life, even if that means one has to reinterpret those virtues against one’s own culture. Is this not what we see in the actions of the virtuous, a consistency of character over a life time?

[1] It is clear that Anscombe does not think that certain actions are not intrinsically unjust, because this is her argument against consequentialism, but they are not so for any kind of Kantian reason.

This entry was posted on Monday, August 1st, 2016 at 9:01 am and is filed under Ethics. You can follow any responses to this entry through the RSS 2.0 feed. You can leave a response, or trackback from your own site.